It’s time for that red-carpet fix…

"Nothing defines a person like the dress they wore to the Oscars" said... well no one really, but we were all thinking it.

Cate Blanchett's Giorgio Armani Privé gown – as worn to the 2016 ceremony – saw a surge of icy-blue hues make their way onto the high street, and after the love it/hate it debacle of Anne Hathaway's pink satin Dior dress in 2013, rumours flew around that she'd sacked her stylist as a result. Ouch.

So in honour of the star-studded event returning for its 89th year, we’re looking back at the most unforgettable gowns. Champagne at the ready…

For an event as glitzy as the Oscars, it’s no surprise that metallic hues feature highly on the red carpet. Reese Witherspoon stunned red carpet revellers for all the right reasons at the 2006 Academy Awards after stepping out in a 1955 gold embellished Dior gown, fit for royalty. And who could forget Felicity Jones’s emotional portrayal of Jane in The Theory of Everything (2015). Jones didn’t go home with the gong that night but she was certainly the people’s choice owing to the stunning Alexander McQueen bodice and floor-length skirt. 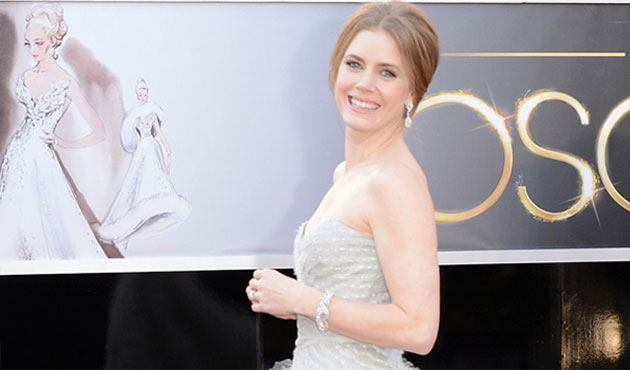 The Oscars is much like a free pass for A-listers to bring out their inner Disney princess, which is exactly what Amy Adams did in 2013 when she stole the show in an Oscar de la Renta frilled ball gown. In 2011, Marisa Tomei stepped back in time with a vintage 1950s Charles James dress, complete with a frilled train. And no Oscars round-up would be complete without a round of applause for Bjork’s much-mentioned 2001 swan dress by Macedonian designer Marjan Pejoski. The Icelandic icon even pretended to lay eggs on the red carpet; top marks for originality, Bjork.

BELLES OF THE BALL

Everything about Lupita Nyong’o’s 2014 duck-egg blue Prada gown made it a clear winner on the Oscars best-dressed list; the colour, the cut and the way it hugged her figure in such an elegant, understated way. She also found the perfect accessory for it slightly later in the night: the Oscar itself! When Jennifer Lawrence took a rather unfortunate trip at the 2013 Academy Awards – the twittersphere was too in awe of her show-stopping Christian Dior gown to mind. And let’s face it, if anyone can pull off a red-carpet tumble, it’s J-Law. 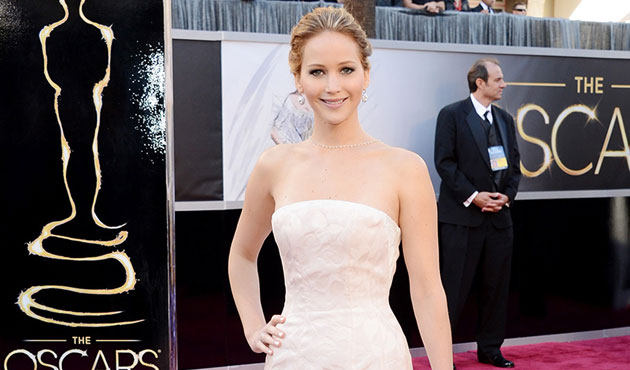 Ryan Gosling doesn't have to do much to please crowds with his appearance these days, in fact, quite frankly he could turn up in a bin bag and trend spotters would be hailing it as the signature look of the year. But when he presented the award for Best Adapted Screenplay at the 2016 event, it wasn't the winning film that got crowds applauding with such vehemence. It was his perfectly tailored Gucci suit, complete with matching white shirt and bow tie. Whilst David Oyelowo proved at the 2015 Oscars that bold colours aren't just for women. His red wine coloured Dolce & Gabbana tux was a daring choice, but one that totally paid off.